Hello Midway Family! Welcome back to “Karl’s Korner”, a historical segment written by myself, Karl Zingheim – Ship Historian of the USS Midway Museum!

Approaching Labor Day weekends means a day off, a vacation for some – but for us, a means to reflect on jobs onboard Midway!

The Midway is often compared to a floating, roving city, crewed by a population of artisans performing jobs that could be likened to a community ashore. Just as a city has municipal facilities and a coterie of private professions contributing to the vitality of the community, a carrier like the Midway requires thousands of specialists across an impressive spectrum of roles to accomplish her missions. By virtue of operating in the ocean environment, navies are inherently technical, and crewmen, starting from the age of sail were rated on both specialty and competency. After the advent of mechanical propulsion, and later, the proliferation of electronics, the range of recognized professional specialties, or ratings, exploded, and aboard a carrier, nearly every seagoing rating in the Navy can be found.

The Ratings of the USS Midway

So, what were the ratings found aboard the Midway?

The 4,500-man complement was divided among eighteen separate departments, plus the Marine Detachment and the Air Wing. All told, the Midway concluded her long career in 1992 with some 59 different naval ratings represented. 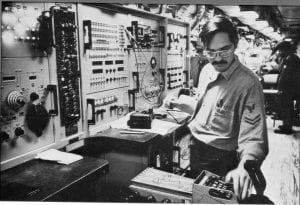 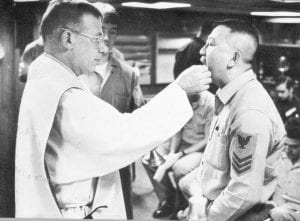 The Navy abolished or merged some of these ratings in the years after the Midway’s decommissioning, but this large degree of variation in recognized job fields places the nature of the “city-at-sea” in perspective. Very much like a metropolis, the Midway required a crew of officers and highly skilled enlisted personnel to accomplish her missions, and they all could take pride in their achievements over a 47-year career.

On that note, enjoy your holiday weekend and thank you for reading! Please share and leave me a comment below if you enjoyed this Karl’s Korner post- and be sure leave any other topics you’d like to know more about! If you are a former Midway Sailor, leave us a comment below with the years you served and your rating. Thanks for reading!