This month as we approach the anniversary of the Korean War, we are looking back in time at this moment in history. Join me…

When an armistice that stopped the shooting during the Korean War took effect on 27 July 1953, carrier aviators could look back across the previous three years with mixed emotions. Undoubtedly there was relief in no longer having the guns firing, but the conflict ended largely where it started, both geographically and in a figurative sense, as an armed standoff, despite the loss of 358 carrier aircraft to hostile action. There would have been bitterness as well over how unprepared America was to meet the unexpected communist onslaught in a faraway land, and in the scramble to support the desperate ground forces ashore, which required an exceptional commitment from the Reserves—predominantly veterans of the recently-won Second World War—who were pulled from their vocations at home and sent back to sea. However, for those looking ahead, there was reason for a peculiar gratitude, for the achievements during the Korean War saved carrier aviation itself from bureaucratic obli 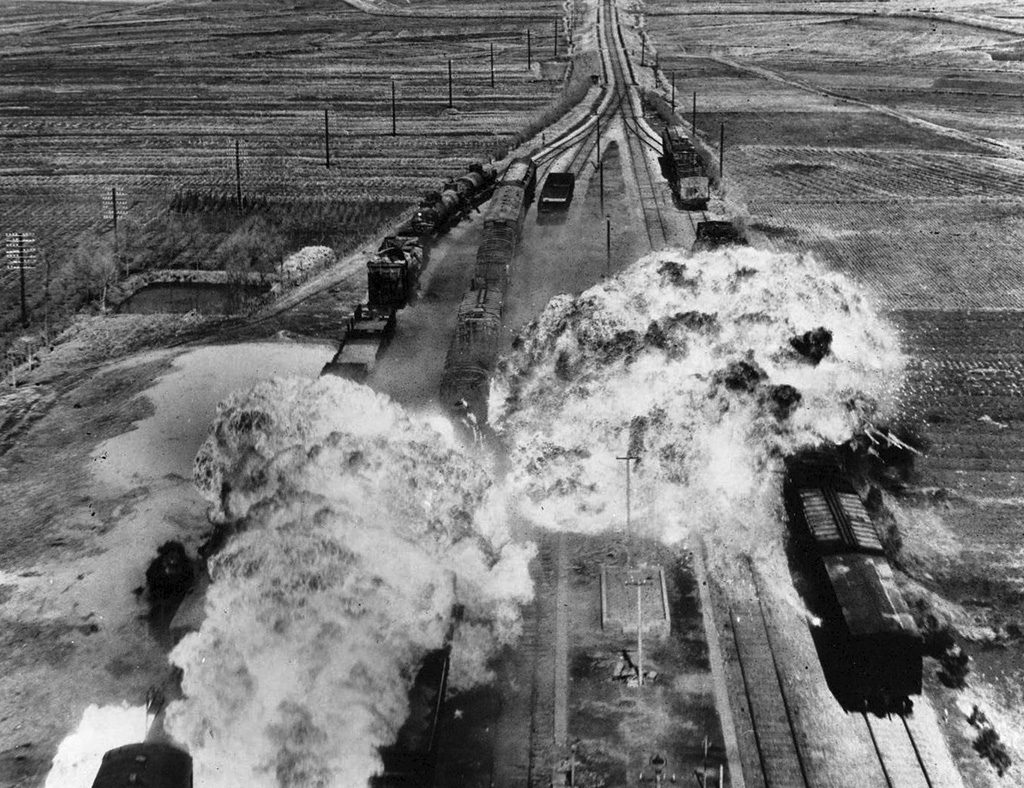 Although President Harry Truman always took a rhetorical stand against communism, he failed to back up his speeches with military muscle. The second half of the 1940s was a perilous time for America’s armed services: the Army’s magnificent formations of 1945 had shrunk to one-twelfth their size with worn out equipment; the Air Force’s wartime 218 air groups were down to just eleven that could be considered combat-effective, despite enjoying Truman’s favor by being able to deliver the new atomic bomb; the Marine Corps was on the verge of being abolished; and the Navy could deploy fewer than 300 ships of all types. The Berlin Crisis of 1948-49 should have set off alarms, but the strenuous success of the air transport service blinded the parsimonious administration to new crises that would severely test American commitment.

By 1950, carrier aviation was in a parlous state. Notwithstanding a sincere suggestion from the Air Force for the new service t 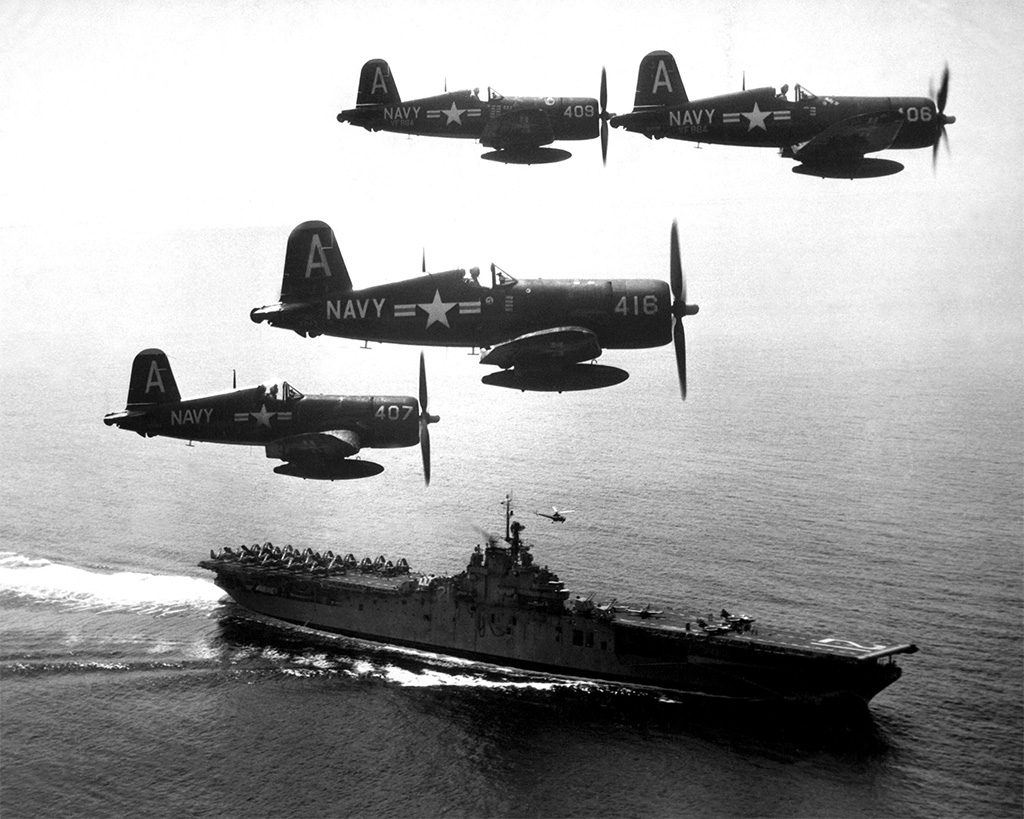 When North Korea invaded its neighbor on 25 June 1950, there was only a single carrier in the western Pacific. Worse, the rapid advance of the North Korean forces put a premium on close air support for the hard-pressed U. S. Army units sent to counter them, but Air Force bases in Japan were too far away to permit the loiter time such missions often required. The arrival of the carrier Valley Forge and her Air Group 5 in early July provided air support from just off the coast with aircraft, such as the F4U Corsair and AD Skyraider, that was well suited to the task. Soon, the scramble was on 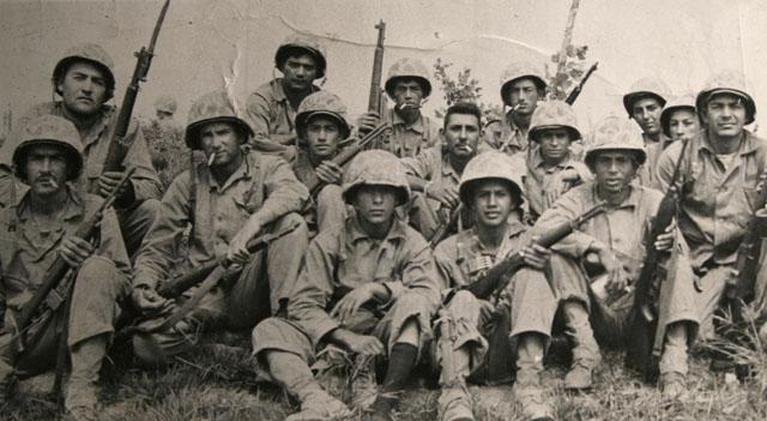 to rush more carriers to the Pacific, to activate more air groups, and pull aircraft out of storage.

Over the course of the Korean War, some 46 percent of carrier aircraft sorties involved close air support. This was particularly important during the mobile phase of the conflict’s first twelve months. The Inchon landings on 15 September 1950 relied on carrier air cover as the amphibious troops pushed on to nearby Seoul. Carrier aircraft kept pace with the haphazard advance into North Korea towards the Manchurian border. When Red Chinese armies stormed across the Yalu River to drive back the United Nations forces, Marine and Navy carrier aircraft flew in atrocious winter weather to cover their withdrawal. The Navy’s first African-American carrier aviator, Ensign Jesse Brown, lost his life covering the retreat from the Chosin Reservoir. When the Chinese attempted to reinvade South Korea the following spring, naval aircraft were on hand to stop the offensive in its tracks.

From the summer of 1951 until the armistice, the fighting ashore devolved into a static battlefront for hilltops, and trench warfare returned. Interdiction became an important new aerial mission as thousands of sorties were launched from carriers to attack enemy supply depots, railways, and bridges to hamper the communist war effort. Eventually, the U. S. Seventh Fleet took to keeping two carriers cruising in the Sea of Japan, while Marines flying from smaller escort carriers in the Yellow Sea covered the opposite flank. Some 300 carrier aircraft were usually on call each day, together amassing 1,727 days of attack missions. More than 400 carrier aviators were lost in action, but the effort paid off. A truce went into effect after three years. 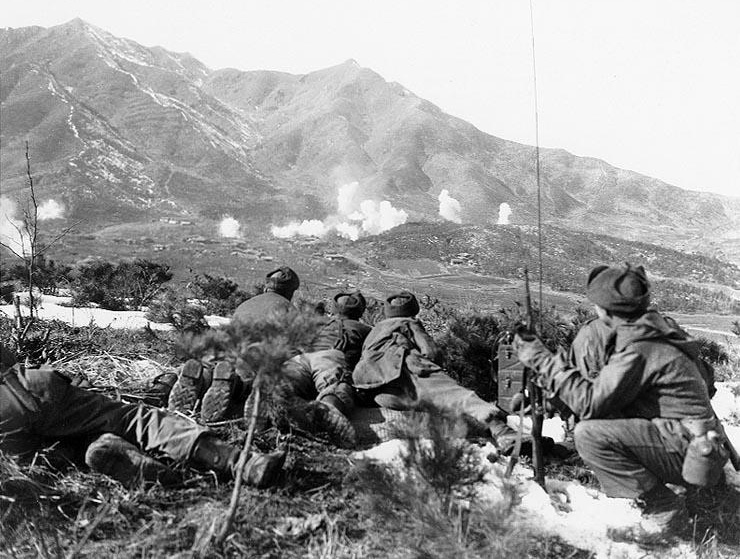 For carrier aviation, however, the end of the Korean War was just a beginning as the efficacy of aircraft carriers in the jet age was amply demonstrated, and in two years, the first super carrier, the Forrestal, joined the fleet. British developments in flight deck technology were adopted and applied to older carriers, like the Midway, making still more powerful jets viable at sea. Swept wings and supersonic speed brought carrier aviation into the forefront of combat flying by the end of the decade. The Korean War was costly, and the mass activation of the Reserves disrupted many lives, but the lessons in preparedness and carrier effectiveness sustained America’s overseas military efforts for the remainder of the Cold War and beyond.