The tragic persistence of the COVID-19 virus continues to disrupt regular programs of the Midway Institute for Teachers.  As a result, in-person teacher professional development seminars aboard the USS Midway for the summer of 2021 cannot be held.  But recognizing the enormous challenges teachers face in light of the disease, the Institute has shifted gears in response.  We have developed and continue to expand lesson plans and other materials in our Resources for Online Education, found below on this site.  These resources are designed to aid teachers in their implementation of distance learning, but many of them can also be applied in a classroom setting.  We are also very pleased to announce the development of the Midway Virtual Institute for Teachers for the summer of 2021.  Seminar topics, schedules, and other information will be found below in the Virtual Institute section.   And when we have further news about any onboard seminars for 2022, we will post it as early as possible. We all look forward to seeing teachers physically aboard the USS Midway again soon. If you have questions, please contact me at: jburns@midway.org

The USS Midway Institute for Teachers is a collaboration and partnership between the USS Midway Museum and other institutions, and features faculty speakers from such prominent universities as the University of California, San Diego, George Washington University, and Columbia University, among others.

Our seminar programs are uniquely held aboard the iconic Cold War and Vietnam War aircraft carrier USS Midway. The programs are specifically designed for teachers of history and social studies to learn about the Cold War, the wars in Korea and Vietnam, and World War II in the Pacific, and to incorporate that knowledge, including a variety of perspectives, into their classroom lessons.

Presentations by expert lecturers, university historians, veterans and other individuals who experienced the events of the era, plus field trips to San Diego museums and the immersive atmosphere of studying aboard the USS Midway, combine to create an incomparable and unparalleled professional development experience.

Beginning in 2020, the Institute developed Online Resources for Teachers, a section of the web site comprising lesson plans and other materials for teachers to use in distance learning or in the classroom.  New resources and lessons are added to the site on a continual basis.  As of the summer of 2021, the Institute will launch its Midway Virtual Institute for Teachers, offering online programs on a variety of topics related to the Cold War, Vietnam and Korean Wars, and World War II in the Pacific.  Further information will be posted on this web site as it becomes available. 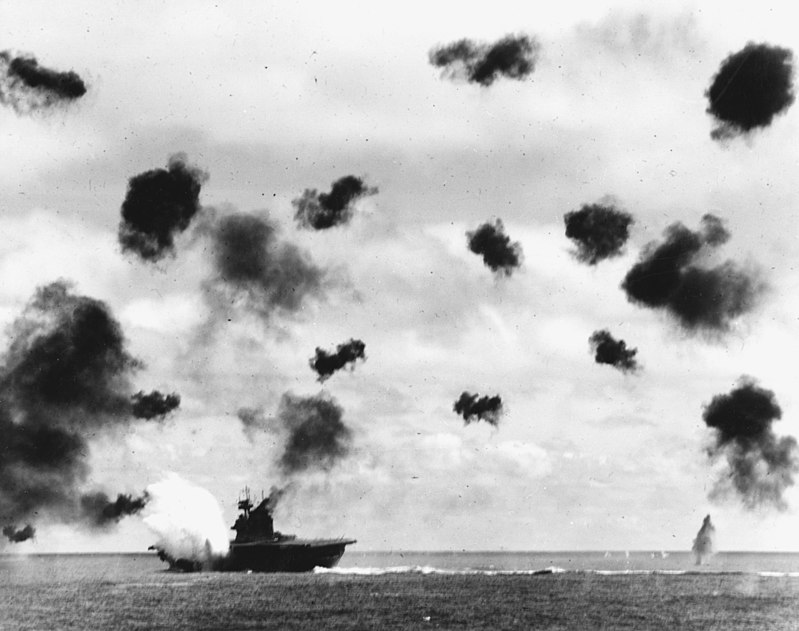 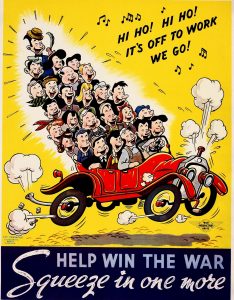 Students analyze Dr. Seuss’ editorial cartoons during WWII. The lessons include a timeline, short biographical sketch and access to the archive of cartoons at the University of California, San Diego. 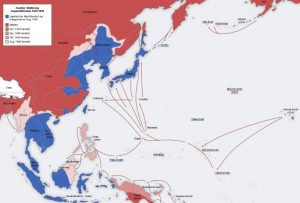 Mapping of Island Hopping is an opportunity for students to learn how this military strategy set the stage for the ultimate defeat of the Japanese Empire. The lessons use google maps and an article to have students to retrace the path of US military forces from 1942-45. 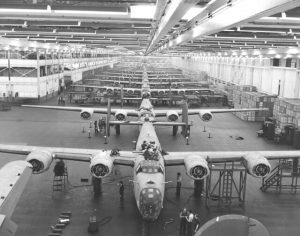 Students will examine how WWII led to the transformation of the aerospace industry on the West Coast. In looking at primary source materials from the Aircraft War Production Council and newspaper excerpts, students analyze private industry’s role in wartime mobilization. 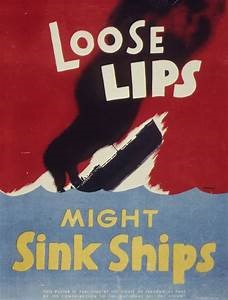 Students examine U.S. wartime propaganda to understand how the format was deployed by Hollywood filmmakers, visual artists, and cartoonists throughout WWII.

The Midway Institute’s “Resources for Online Education” are designed to help teachers, and parents acting as teachers, who are handling the unanticipated demand for distance learning necessitated by the 2020 COVID-19 world health crisis.

In order to provide immediate assistance to these individuals, and to offer an expanding array of resources for teachers involved in future distance learning, the Midway Institute staff has compiled a selection of resources derived from our past seminars and from the ongoing work of Institute faculty and participating teachers.  This site will be a permanent resource for teachers after the health crisis dissipates.

This is a dynamic collection of resources, with additions and revisions occurring on a continual basis.  We urge you to visit the web site often to check on newly available resources.

Access to this portion of the Midway web site is readily provided at no charge, but use of the resources is limited to persons directly engaged in the education of students.  No other use is permitted, and none of these materials may be utilized in any fashion for commercial purposes.  Please see the terms of use for the USS Midway Museum web site for further stipulations.

By clicking below and accessing the Resources for Online Education you agree to the above terms.

The Cold War, Korea and Vietnam

This is the signature seminar of the Institute, held during the ongoing fiftieth anniversary of the extraordinary Vietnam War era, which was among the most cataclysmic and consequential eras in American history.

The Vietnam War did not occur in isolation. Today’s world has been shaped in many ways by the Cold War era and by the outcomes of the wars in Korea and Vietnam, and the challenges of our current era are still highly influenced by this history. Throughout this two week program, teachers will gain knowledge, scholarly insights and different perspectives on these extraordinary, crucial and divisive events in the post-WWII world.

During the first week, the focus is on Cold War antecedents and origins, the early Cold War and U.S. leadership, the Korean War and its continuing ramifications, understanding the Soviet Union and its allies, the initial stages of the war in Vietnam and predecessor conflicts in Indochina, and key American domestic events and controversies in the 1950s and early 1960s.

In the second week, the emphasis is on the Vietnam War and recent interpretations, including disputes about the war’s conduct, anti-war protests, presidential authority and decision making, the dramatic end to the conflict, phenomenal changes in American society during the era, and the conclusion of the Cold War. Particular emphasis will be placed on the years 1968–1970, the period that represents the mid-point of major U.S. combat involvement in Vietnam, including the momentous battle of the Tet Offensive and its effects, tragic assassinations of highly important leaders, and convulsive events in America and around the world.

Eminent scholars share their insights, viewpoints, and cutting-edge research on the Cold War, Korea and Vietnam, while pedagogical sessions allow teachers to exchange information and develop strategies to teach the material presented.  Frequent discussion and interaction among participants and between teachers and Institute faculty is strongly encouraged.

Seminar participants also have the opportunity to explore the sights and attractions of the San Diego area.  In years when the seminar includes the July 4 weekend, they receive a special invitation to see the spectacular July 4th harbor fireworks show from the deck of the USS Midway. Participants will also be offered the opportunity to stay overnight aboard the carrier at no additional cost while participating in leadership-building activities and eating real “navy chow.”

The Midway Institute Summer Onboard Teacher Programs for 2021 have been cancelled due to the COVID-19 virus.

World War II in the Pacific: Clash of Nations and Perspectives

In this one-week program, World War II in the Pacific is examined from several angles.  The Pacific War was a monumental clash of many nations and cultures, with significant repercussions and effects that reverberate to the present day, including evolving relationships between the U.S and numerous nations, and the presence of so many varied ethnicities from Pacific nations in America’s classrooms.

Despite its extraordinary impact, the Pacific War is the lesser understood side of World War Two. It is commonly seen as the war between America and Japan.  But it was so much more.  Affecting a large number of countries from 1937-1945, the war’s enduring effects played an extraordinary role in the subsequent history of all nations of the Pacific including the United States, and this impact continues to markedly influence the current course of events within and outside the region today.

This seminar features top scholars from notable universities sharing their research and points of view on such topics as the strategic conduct of the Pacific War on several fronts; the concept and practice of total war in the Pacific including China, Japan and other nations; pre- and post-war colonialism and its effects; the nature of cultural contrasts between Japan and the U.S.; the impact of the Battle of Midway and other key military and non-military events, including the use of the atom bombs; the domestic transformation of the U.S.; the chaos of the immediate post-war years; controversies in how events of the period are memorialized and remembered; and the conflicts among Pacific nations in the public use of these memories.

These discussions will help teachers gain greater understanding and insight not only on the battles and the course of the war, from South Asia to America’s shores, but also on its long term social, political and economic consequences for public policy, military strategy, the Cold War, Korea, Vietnam, and current multi-national disputes, enabling teachers to bring new knowledge and broader perspective to their classrooms.

The Midway Institute Summer Onboard Teacher Programs for 2021 have been cancelled due to the COVID-19 virus.

This new online seminar program will get underway in the summer of 2021.   Seminars will be held on a variety of topics during the mid-June to mid-August period.  Further information as to exact topics, schedules, and the registration process will be available on this web site early in the year.

The Midway Institute for Teachers and Teaching American History (TAH.org) cooperate to present a seminar series on Essential Documents of American Freedom. Seminars are offered several times during the school year for teachers of American History, Government, Civics, or any teacher who uses American primary source documents. These free “One-Hour, One Document” seminars are each based on an original source and are conducted as Socratic discussions, facilitated by a member of TAH.org’s graduate faculty. A certificate for continuing education will be provided for all participants attending, and some dates will include a short virtual guided tour of some part of the ship.

Registration is unlimited for each program. All registrants will be provided with an electronic copy of the document to be discussed at least a week prior to the program date.

After COVID limitations on small-group meetings have been reduced, Teaching American History will once again offer in-person seminars at various locations around the nation, including the Midway Museum.  Please go to https://teachingamericanhistory.org/events/ for the most current information on upcoming events. 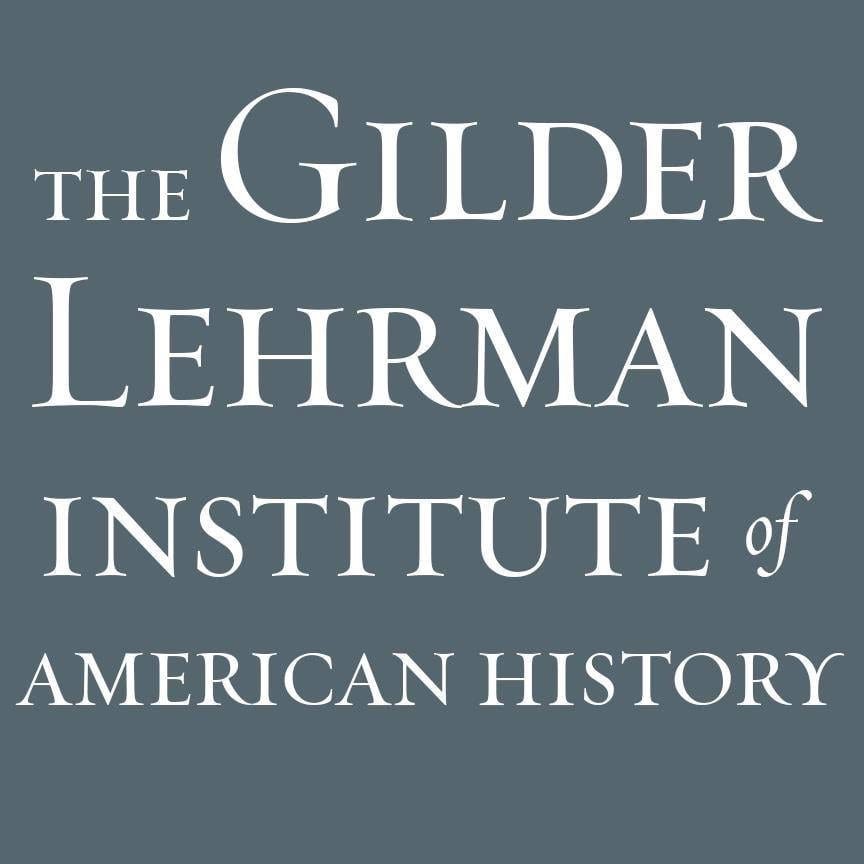 The Gilder-Lehrman Institute for American History conducts numerous programs for teachers, including a one-week summer seminar aboard the USS Midway Museum in partnership with the Midway Institute for Teachers. Entitled “The Global Cold War”, it places the Soviet-American struggle in broad historical and international contexts with a particular focus on the last years of the Cold War and its legacies.

Due to the COVID-19 virus, the onboard seminar for 2021 cannot be held.  Virtual seminars on several topics are being planned by both the Midway Institute for Teachers and the Gilder-Lehrman Institute.

John F. Burns is the Director of the Midway Institute for Teachers. Questions about the Institute’s schedule, academic programs, objectives, and credit arrangements may be sent to him at jburns@midway.org.

Rudy Shappee is the Assistant Director of the Midway Institute for Teachers. Questions about the Institute’s application process, deadlines, the San Diego locality, and about the ship may be sent to him at rshappee@midway.org.

Stay informed on our latest news!