Listen to our docents bring the Flight Deck to life! 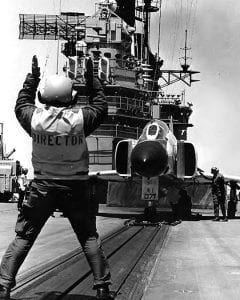 Learn how aircraft landed and took off from carrier decks from our volunteer Docents who have actually done it!

These Catapult and Trap Talks are given daily on the flight deck during normal museum hours and are included with the price of admission.